Net income for the first quarter included net gain of $61.4 million related to the deconsolidation of Magic Software

Financial Highlights for the First Quarter of 2014 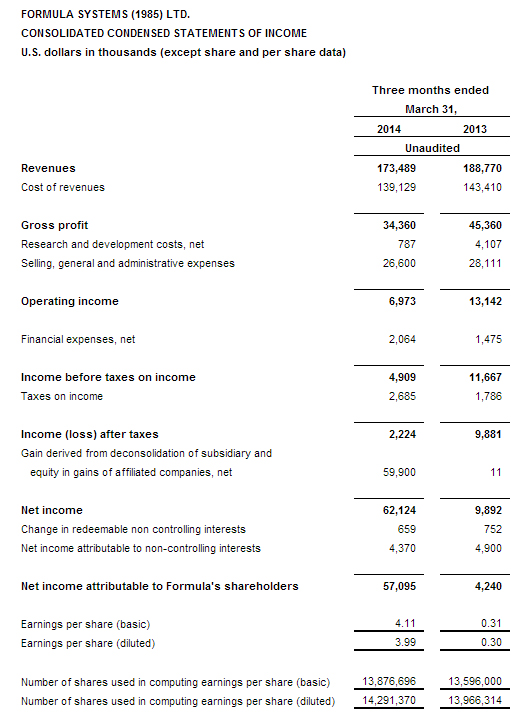