Commenting on the results, Guy Bernstein, CEO of Formula Systems, said, “We are very pleased with our 2012 fourth quarter and full year results, during which all of our businesses grew in both their top and bottom lines accompanied with strong cash flow from their ongoing operations. Looking at 2012, Sapiens launched its newest product suit and its new innovative Decision management solution designated to top tier financial institutions, continued closing new deals with tier one customers in its target markets in North America, UK, Europe and APAC and finished the year scoring record high revenue and profit. Magic, with its powerful and versatile enterprise-grade application development and integration solutions continued to further enhance its offering by strengthening its relationships with partners and vendors in the enterprise mobility and enterprise software ecosystems, like Samsung, SAP, Salesforce.com, Oracle JDE,IBM and Microsoft SharePoint. Matrix, despite the challenging economic climate and increased pressure on margins, showed growth from both new and existing customers, continuing the expansion of its offerings in fields such as information security, fraud risk and fraud prevention solutions, allowing it to extend its services to customers outside of Israel.”

“Looking forward, We believe that we are well positioned to continue our growth track in 2013” concluded Bernstein. 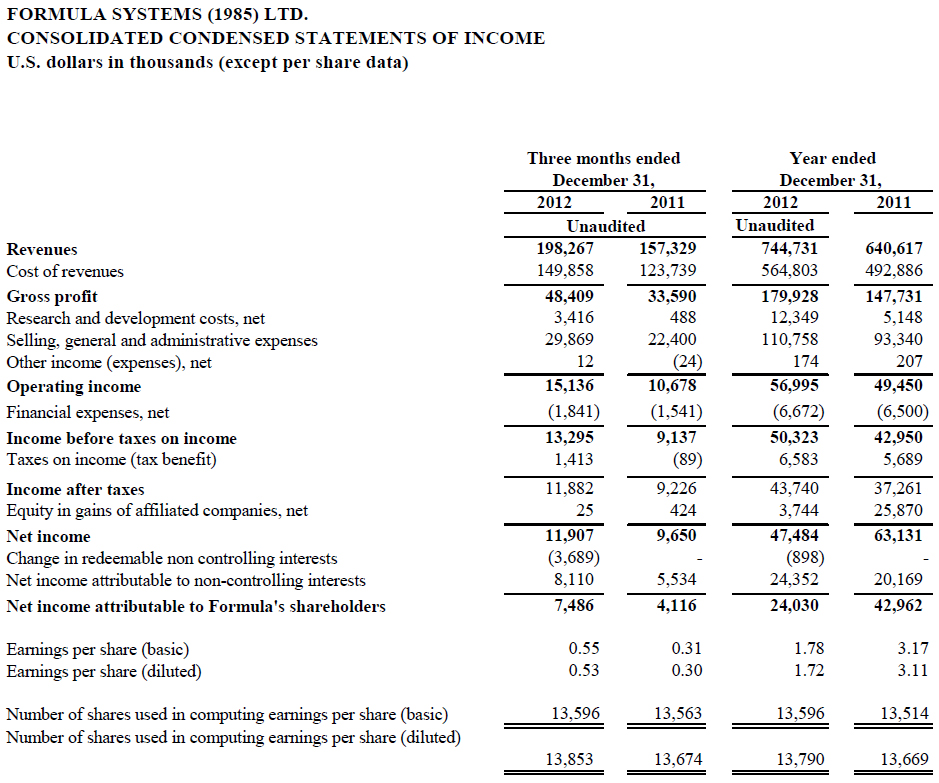 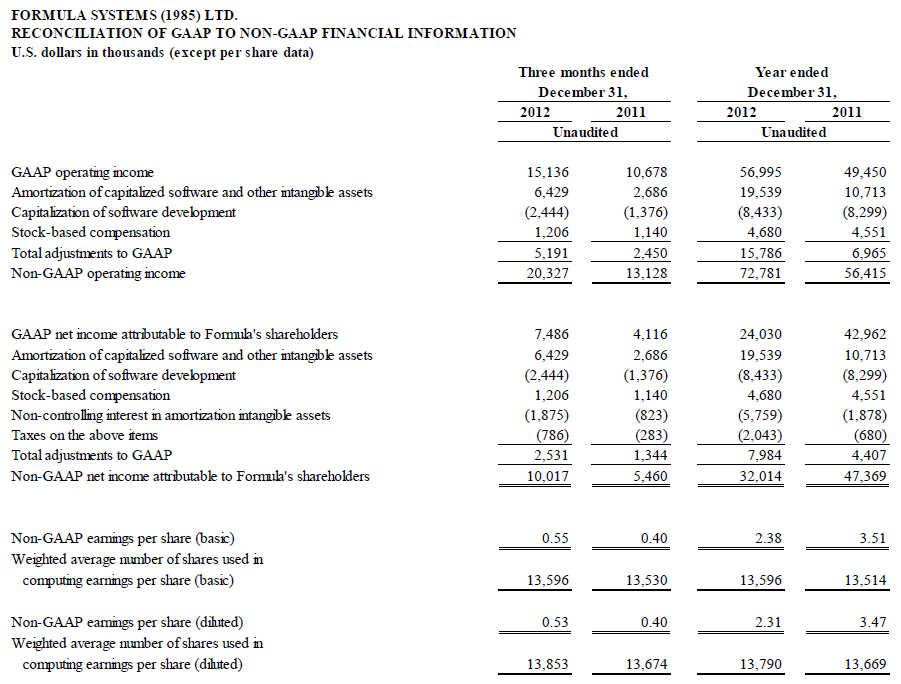 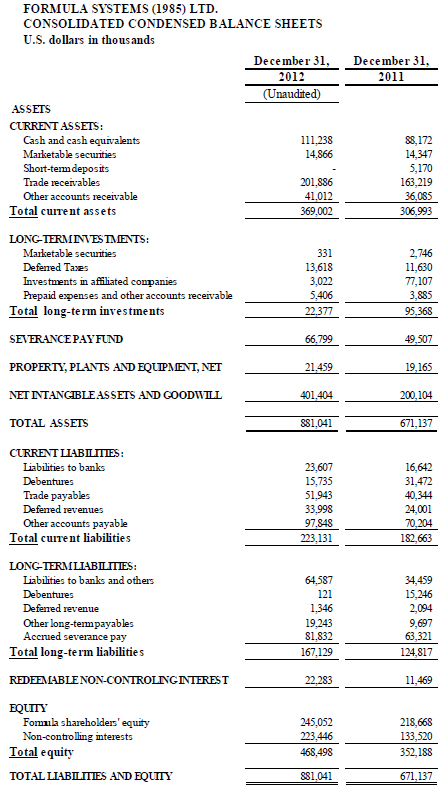