Formula Systems Reports Results for Third Quarter of 2013 with Net Income of $5.2 Million, a Year over Year Increase of 10%

Commenting on the results, Guy Bernstein, CEO of Formula Systems, said, “I am happy to report Formula’s third quarter results which reflect continuing strong financial performance across all of our subsidiaries, with both Sapiens and Magic recording record-breaking top-line results for the first nine months of 2013. During this quarter, Matrix has continued to benefit from its on-going investments in broadening its software service offerings and from winning new projects. Sapiens reached record-breaking revenues of $34.6 million for the third quarter with 20% year-over-year growth in revenues for the first nine months, thanks to increasing demand for its solutions across North America, Europe and Asia-Pacific, creating a strong financial foundation for its continued future growth. And with record income of $6.0 million from operating activity in the third quarter, Magic continues to reap the results of recent enhancements it has made to enrich its enterprise mobility, integration and services offerings, strengthening its position in these growth markets. ” 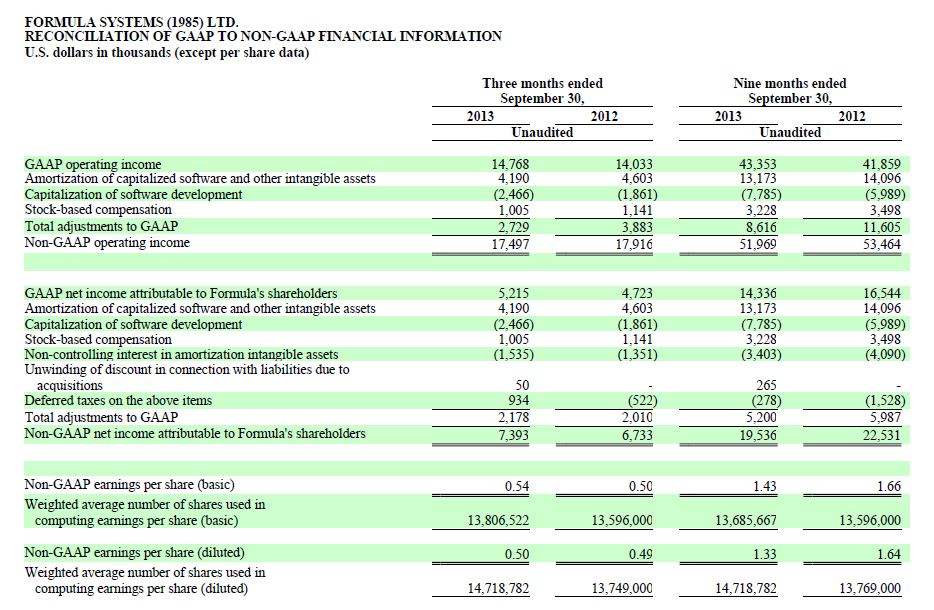 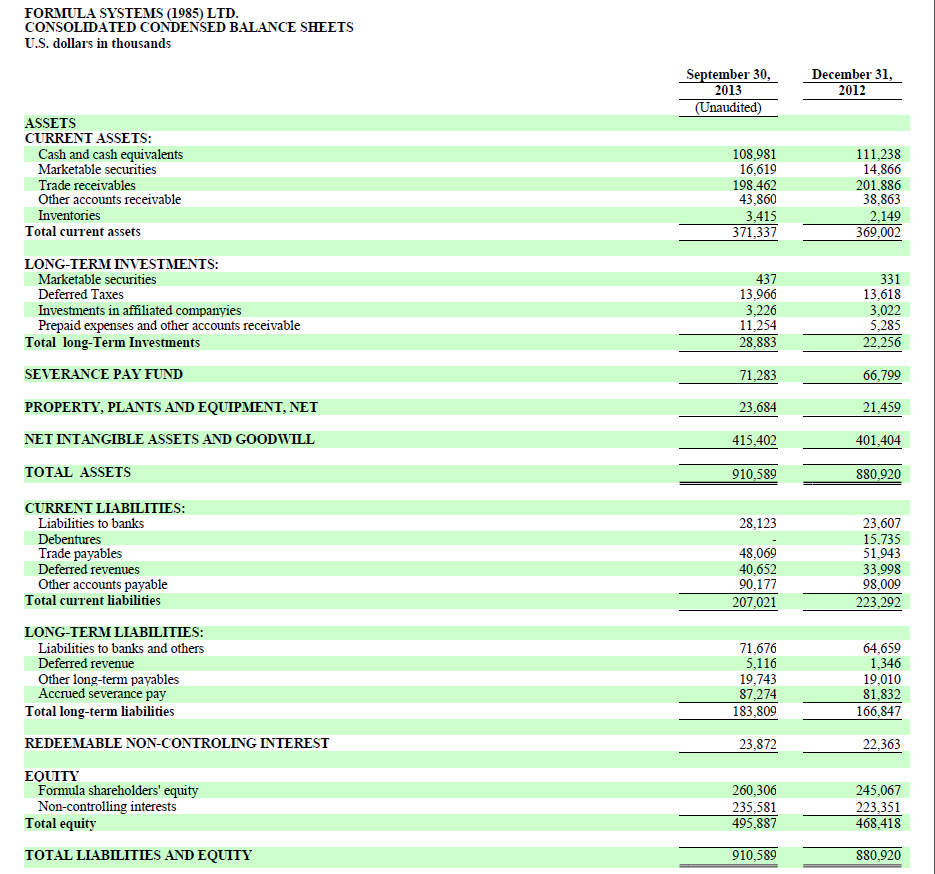