Formula Systems Reports Second Quarter Results for 2013 with Net Income of $4.9 Million, an Increase of 21% Year over Year

Commenting on the results, Guy Bernstein, CEO of Formula Systems, said, “I am happy to report the second quarter results which reflect continuing strong financial performance across all of our subsidiaries, a direct result of our effective resource management and long-term growth strategy. During this quarter, Matrix has improved its gross profit, operating profit and net income by rapidly responding to changing market conditions and declared a cash dividend of approximately NIS16.8 million (or NIS0.28 per share). Sapiens reached record quarterly revenues of $33.1 million thanks to increasing demand for its solutions across its major markets and continues to make investments in its business to keep its market-leading position. Magic which continued its double-digit growth rate by winning new and repeat business and expanding its professional service activities has just announced a dividend for the first half of 2013 in the amount of approximately $3.4 million (or $0.09 per share) reflecting its strong financial position.” 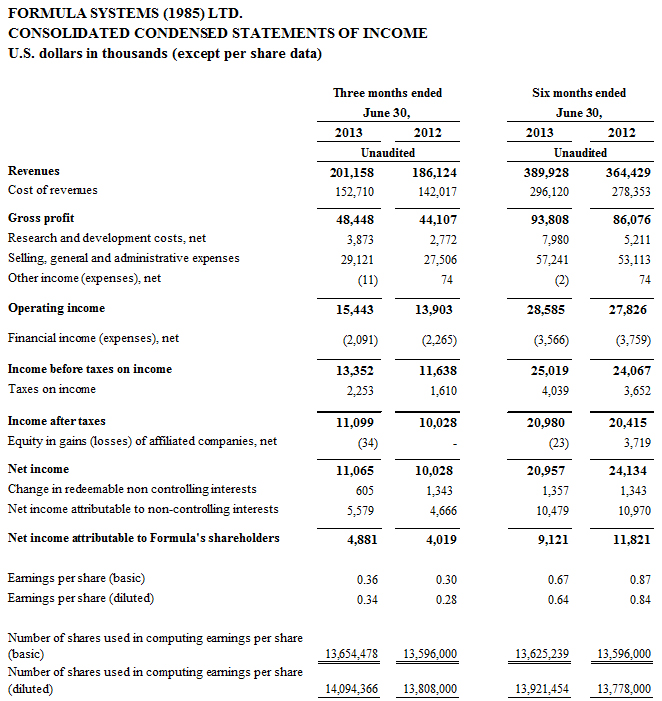 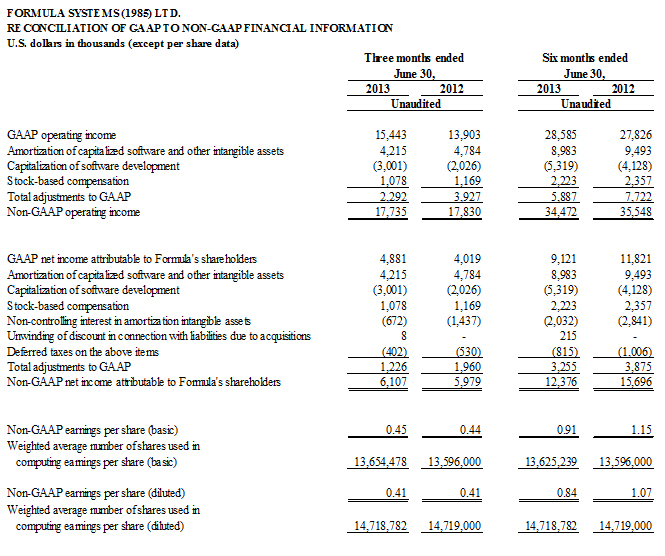 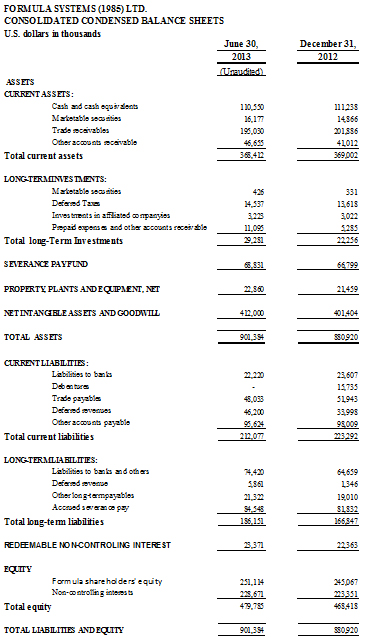