"I am encouraged by our achievements in the first quarter, said Gad Goldstein, President of Formula. "Our aggregate revenues in this quarter, including consolidated companies and companies on which we have material influence, reached approximately $123 million. We believe that during 2004 we will pass the significant milestone of 0.5 billion dollars in aggregate revenues.

Improvement in the results of all of our major subsidiaries contributed to the significant increase in all of our consolidated operating parameters, as compared to the first quarter of 2003."

Mr. Goldstein added: "The Company and some of our subsidiaries have raised over $15 million during the first quarter of 2004 by selling shares, private placements and issuance of convertible debentures, thus continuing the trend that started in the fourth quarter of 2003 to improve the liquidity and capital resources in the Formula Group. During the coming year we expect additional transactions that will further enhance the Group's liquidity and capital resources."

Mr. Goldstein concluded: "I believe that the combination of improvement in the operating results of our core companies together with value enhancement activities carried out by Formula Vision in its holdings, are a solid starting point for a good year."

Statements made in this press release that are not historical facts are forward-looking statements. Such statements involve various risks that may cause actual results to differ materially. These risks and uncertainties include, but are not limited to: market demand for the company's products, dependence on strategic partners, integration of new business, successful implementation of Formula's products, economic and competitive factors, international market conditions, management of growth, technological developments, the ability to finance operations and other factors which are detailed in Formula's Securities and Exchange Commission filings, including its most recent report on Form 20-F. Formula undertakes no obligation to publicly release any revision to any forward-looking statement. 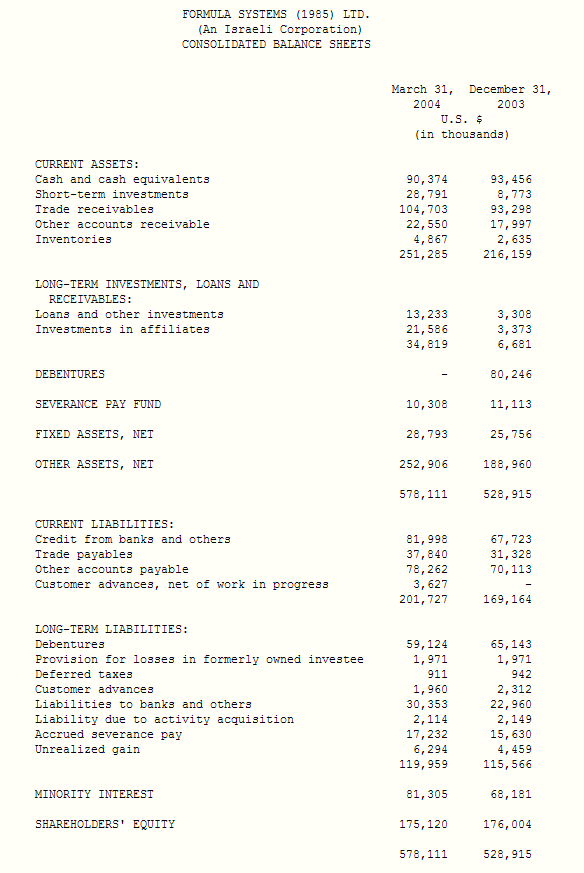 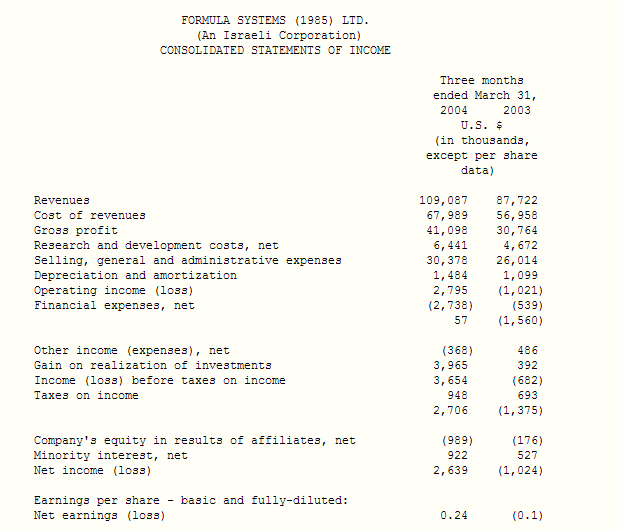