In the first quarter of 2004 Formula acquired 59% of Formula Vision Technologies (F.V.T) ordinary shares by way of private placement and is consolidating Formula Vision's results.

Gad Goldstein, President of Formula Systems commented: "We are encouraged by the fact that the third quarter operational results, which are typically impacted by summer vacations and Jewish holidays, exceeded first and second quarter of 2004. Based on that and on preliminary indicators from the vast majority of our operational subsidiaries, we expect the fourth quarter to maintain the positive trend."

Statements made in this press release that are not historical facts are forward-looking statements. Such statements involve various risks that may cause actual results to differ materially. These risks and uncertainties include, but are not limited to: market demand for the company's products, dependence on strategic partners, integration of new business, successful implementation of Formula's products, economic and competitive factors, international market conditions, management of growth, technological developments, the ability to finance operations and other factors which are detailed in Formula's Securities and Exchange Commission filings, including its most recent report on Form 20-F. Formula undertakes no obligation to publicly release any revision to any forward-looking statement. 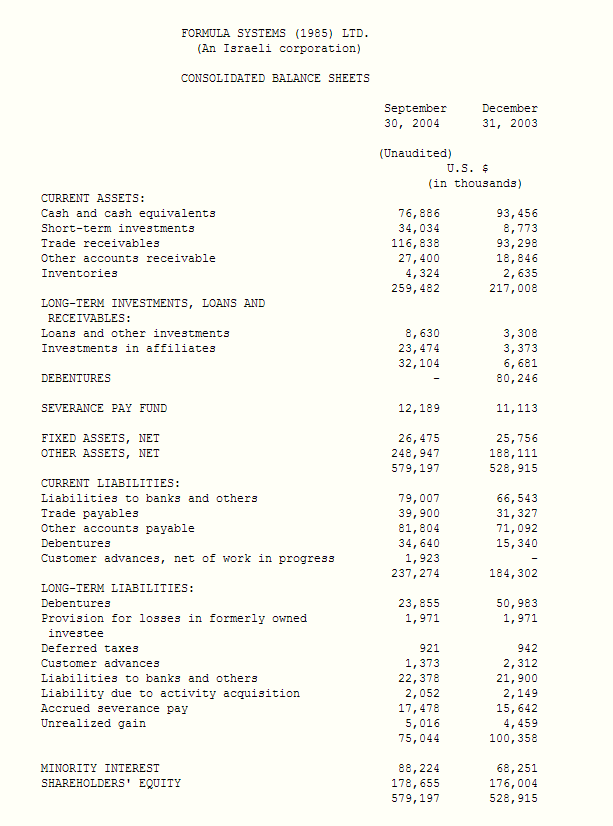 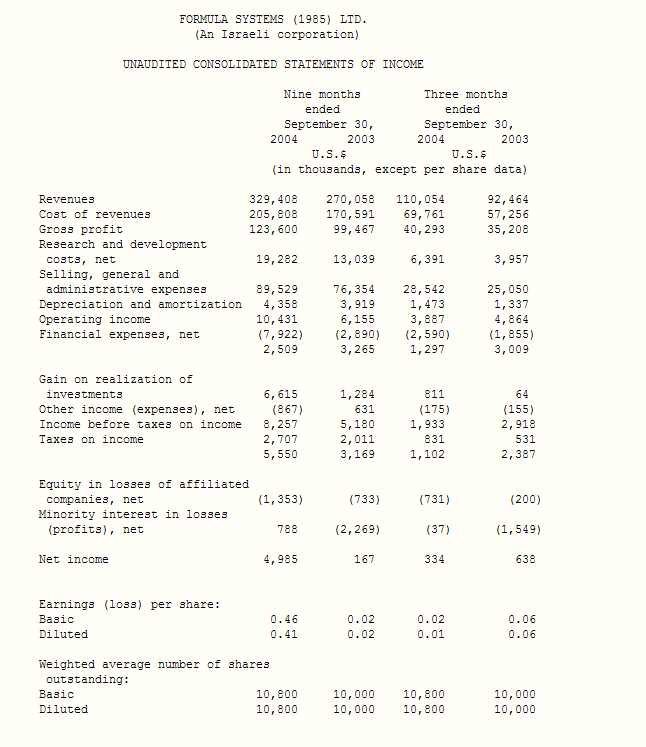