Today Matrix announced the results of the first quarter of 2019, showing continuous growth in all key indices. This is the Company’s best first quarter ever, which is reflected in record results in all parameters: income, gross profit, operating profit, net profit, EBITDA, and cash flow from operating activities.

Moti Gutman, CEO of Matrix: "Matrix continues to grow consistently, both in organic growth and in growth based on the mergers and acquisitions strategy of the company. Since the beginning of 2018, we have made several strategic acquisitions in Israel and the US, the most prominent of them being Medatech, which markets Priority, the popular ERP software. The acquisition of Medatech is one of most significant acquisitions by Matrix for leading the ERP market, by offering a high-quality solution to a broad customer base, with excellent and experienced management. Matrix is going to offer the Priority system to the leading companies and large enterprises in the market. I am certain that our customers can significantly reduce the huge costs of maintaining the expensive international systems purchased years ago, and replace them with a much more functional, innovative, flexible, Israeli system that is much more economical to maintain. The US market is also contributing to the growth of Matrix, and the investments we made in 2018 in consolidating US operations are proving themselves. Profit margins in the US are large compared to Israel, and at present US operations contribute about a quarter of Matrix's overall operating profit."

"We are focused on executing large-scale projects with an emphasis on mega-projects, which combine several areas of Matrix expertise. One of the strategic projects we are especially proud of is the project to establish the credit database the for Bank of Israel, which was completed and launched at the beginning of 2019, with exemplary stability, within the limits of a challenging budget and schedule," said Gutman. “This is the largest computerization project carried out in the civil sector in Israel, and one of the most complex with respect to its processes, interfaces, channels, infrastructures, and information security. The project involved the participation of experts from a large number of business units in Matrix, who worked in full harmony to complete the task and launch the system, with all its capabilities, on the scheduled date."

Gutman added: "Despite increasing competition, Matrix has been leading the IT market in Israel and maintaining financial stability for many years." STKI has ranked Matrix as the leader in the IT services market for the 14th consecutive year. Midrug, the credit ranking company, gave Matrix the highest ranking for Israeli IT companies—Aa3 with a stable outlook—for the 12th consecutive year, since 2007.  In addition, in the yearly ranking of the best places of employment, carried out by The Marker and CofaceBdi, Matrix was again named first among IT companies.” 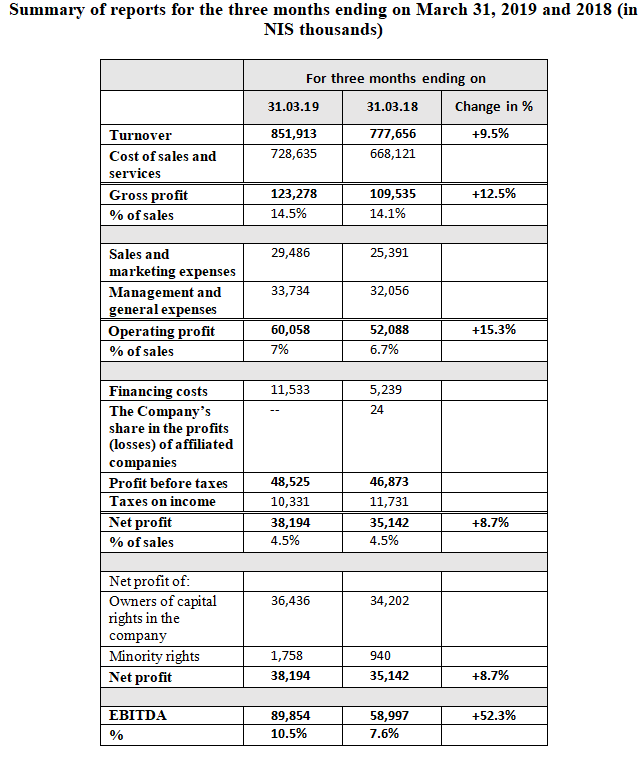 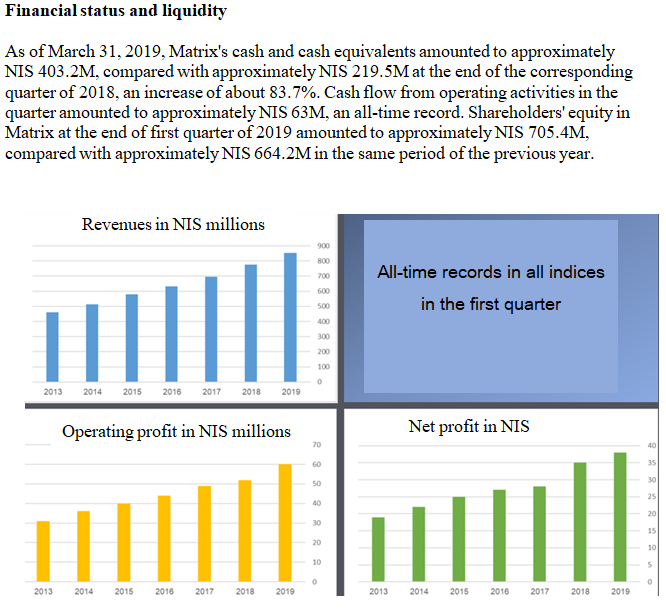