Matrix announces the results for the third quarter of 2019 with 26% growth in in revenues, 36% in operating income, and 42% in net income

Revenues in the third quarter grew by about 26%, to approximately NIS 953.4M;

The results of the company for the first nine months of 2019 also showed impressive growth:

The increase in sales in the quarter and period is due to the increase in activity in all sectors, as well as the first consolidation of the companies Dana Engineering and Medatech, which Matrix acquired in 2019. The increase in operating profit and net profit is attributed to an increase in sales while retaining the gross profit rate in the period, and a decrease in sales and marketing expenses, and in administrative expenses in general.

Moti Gutman, CEO of Matrix: "This is the best third quarter of Matrix ever, showing impressive double-digit growth across both quarter and period indices. These good results illustrate the ability of Matrix to continue its organic growth combined with acquisitions, and to improve efficiency. The acquisition of Dana Engineering and Medatech in Israel, as well as acquisitions we made in the US, significantly contributed to the profit line."

"Matrix is ​​the largest company in Israel that executes technology, management, and infrastructure projects. Matrix DNA enables us to carry out innovative and breakthrough projects for our clients professionally, and at a high level of service. This is why year after year we are selected as the leader in our fields of operation by all rating and research companies, in terms of size, quality, and as a good place of employment. "

Matrix continues its policy of distributing dividends every quarter at up to 75% of net profit.

In March, June, and September 2019, Matrix distributed a cumulative dividend of approximately NIS 85M. This morning, with the release of the third quarter results, Matrix announced an distribution of dividends of 50 agorot per share, amounting to approximately NIS 31M. Since the beginning of 2019, Matrix has distributed a cumulative dividend in the amount of NIS 116M. 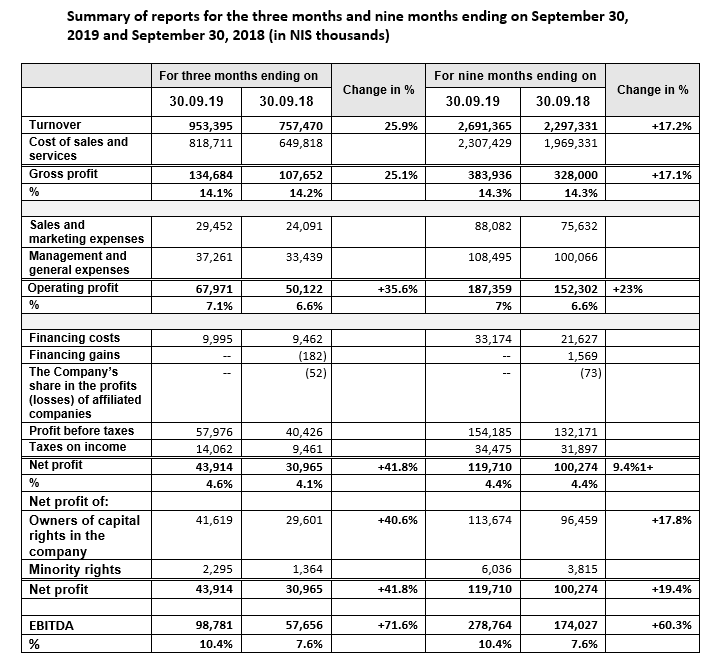 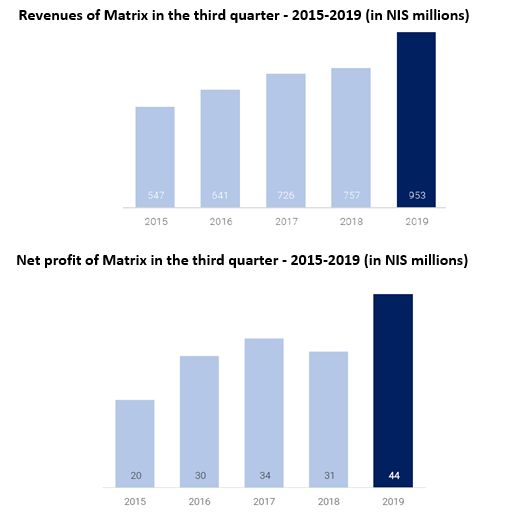 Sectors of activity and geography